What is skin effect? 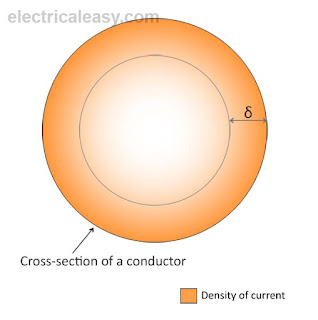 The cause of skin effect

Imagine a solid conductor split into a large number of strands, each strand carrying a small part of current. The inductance of each strand will vary according to its position. Strands located at the center would be surrounded by a greater magnetic flux and, therefore, will have a larger inductance than those near the surface. Higher inductance (and hence, higher reactance) of the inner strands causes the alternating current to flow through the strands having lower reactance, i.e. near the surface.

The skin effect depends upon the following factors: 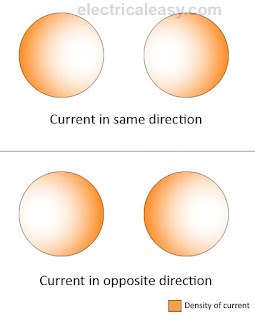 Skin effect and proximity effect both are absent in case of DC currents, as frequency of DC current is zero.
[Also read: Corona effect]