Wind Power - another clean and green way of generating electricity

We are well aware how important it is to make use of renewable energy resources as much as we can. Conventional energy resources, such as fossil fuels, are exhaustible and may get vanished some day if we keep using them at the current rate. That is why technologies are being developed to harvest electrical energy efficiently and reliably from renewable energy sources such as hydropower, solar power, wind power, geothermal power etc. Wind is one of the important renewable resources we could make use of. Human civilizations have been using wind energy from thousands of years. Earlier windmills were used to pump up the water from a well or to crush grains, but the scenario has changed a lot and we are using windmills to generate electricity. This article explains how electricity is generated from wind energy i.e. wind power.

Wind possesses kinetic energy which can be converted into electrical energy. For converting the kinetic energy of wind into electricity, wind turbines are employed. The wind rotates the turbine blades, the shaft of which is mechanically coupled to an electric generator. The basic working principle of a wind turbine is as simple as it sounds! But, yes, for harnessing maximum energy from the wind, wind turbines in real are a bit sophisticated. They are categorized between two main types as - Horizontal Axis Wind Turbine (HAWT) and Verticle Axis Wind Turbine (VAWT). They are also available in various sizes and ratings. You can also find a rooftop wind turbine which can sit on the roof of your home and contributing to your electricity needs. On the other hand, a large horizontal axis wind turbine can be taller than 300 feet. It's not only about a single home, but there are wind power plants (aka wind farms) which are connected to electrical power grid. Many countries are trying to increase the share of wind power into their total generation. 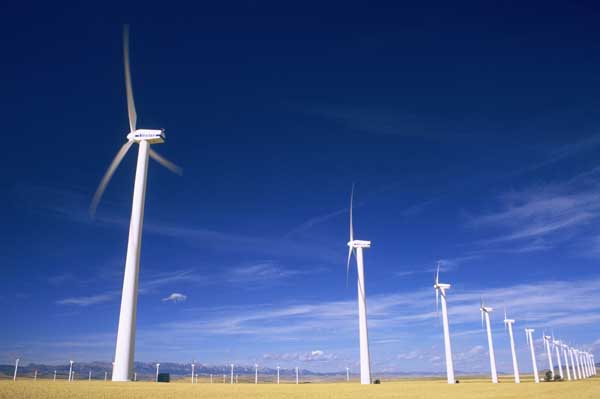 A wind farm (or wind power plant) consists of many individual wind turbines grouped together. There are many examples of large wind farm installations of about a couple of thousand MW capacity over the world. A wind farm can also be located off-shore. The location is selected on the basis of availability and average speed of the wind at that location. Thus, many times these are located at higher altitudes.
[Also read: Electricity generating stations] 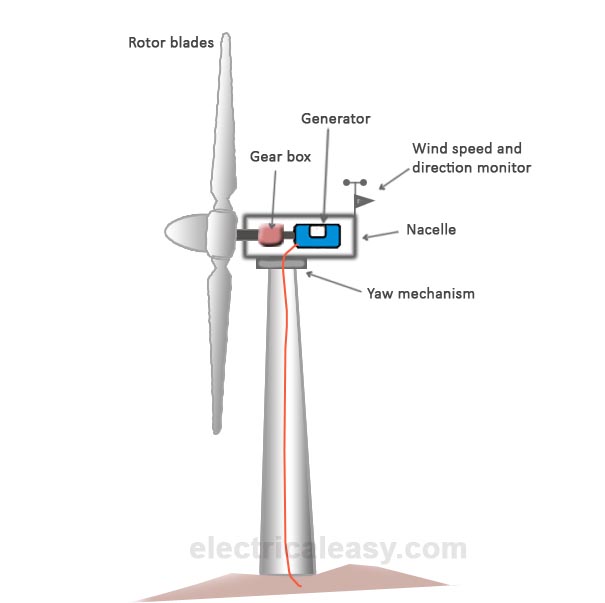