By Kiran Daware Power System
Energy is needed and utilized everywhere in the world. From the point of view of convenience, efficiency and economy, it is best that we generate, transmit and distribute it in electrical form before it is converted into the required one by suitable equipments. For the same reasons of economy and efficiency, we use AC rather than DC. Practically, we generate, transmit and distribute energy in AC form almost exclusively. DC is used either in DC applications (DC machines and electronic circuits) or in HVDC transmission links.

Wherever AC power is utilized, the question of power factor arises itself. 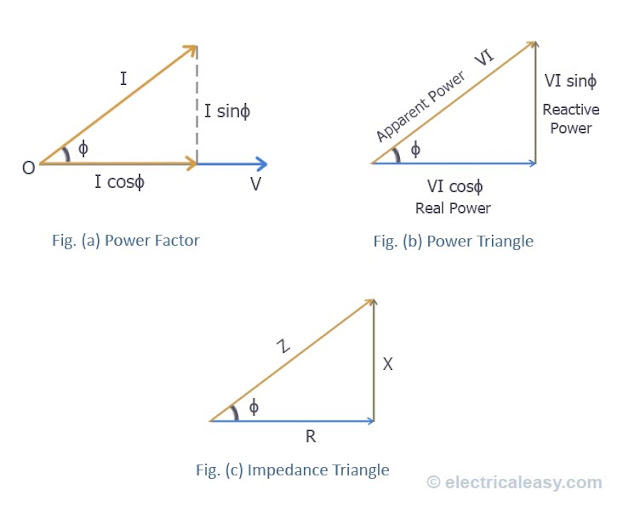 From the fig. (a) above, it can be clearly noted that there is a phase difference of angle ɸ between the voltage phasor and the current phasor.
Power Factor = cosɸ

The Power Factor can be lagging, leading or unity.

If power factor is low, following problems are encountered:

These are the results of low power factor. For optimum performance, the power factor should be as close to unity as possible. To achieve this, power factor correction equipments are used.

Author: Manoj Arora is an electrical engineering student and a writer from Gujarat, India. He writes poems and short stories whenever he's not immersed in a book.
Credits for the Graphics: Kiran Daware.