Armature winding of a DC machine

By Kiran Daware DC Machines
Basically armature winding of a DC machine is wound by one of the two methods, lap winding or wave winding. The difference between these two is merely due to the end connections and commutator connections of the conductor. To know how armature winding is done, it is essential to know the following terminologies - 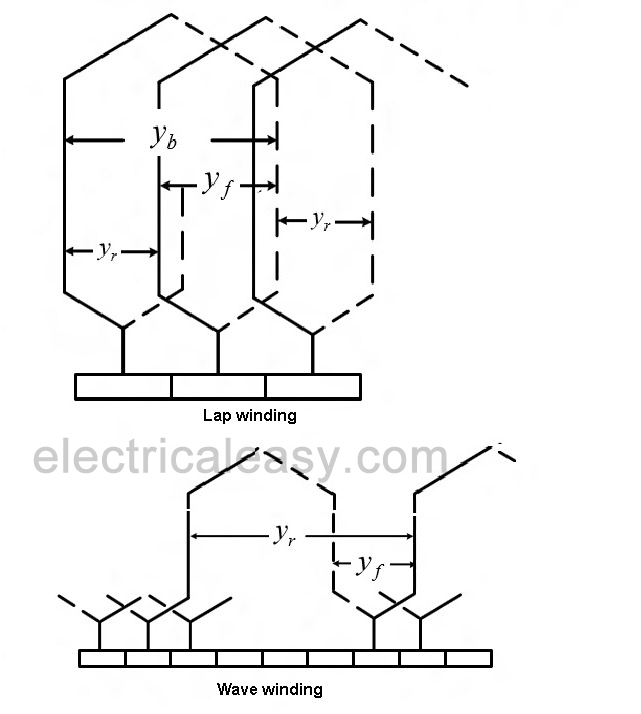 Armature winding can be done as single layer or double layer. It may be simplex, duplex or multiplex, and this multiplicity increases the number of parallel paths. 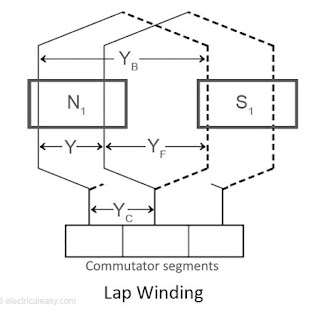 In wave winding, a conductor under one pole is connected at the back to a conductor which occupies an almost corresponding position under the next pole which is of opposite polarity. In other words, all the coils which carry emf in the same direction are connected in series. The following diagram shows a part of simplex wave winding. 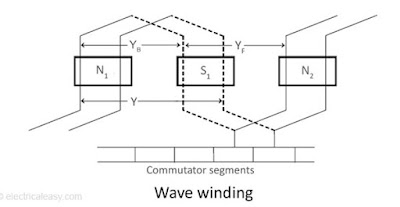